Kota, is the fifth largest city of Rajasthan, India. You can see a well-organized and properly functioning administration that are handled by Government of India, Government of Rajasthan, the different local governing bodies like Nagar Palika, Nagar Nigam, Village Panchayats, Block office etc. The various administrative officers including divisional commissioner, District Collector, Tehsildars, Village officers along with people’s representatives in various levels also support the administrative system of the district. 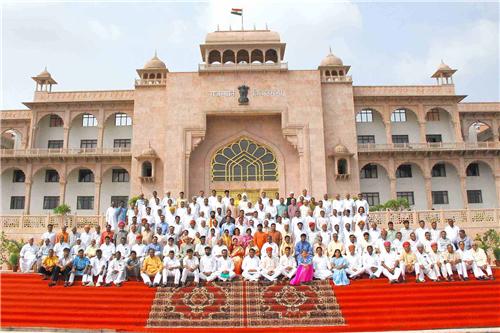 Rajasthan State has been divided into seven administrative divisions for administrative convenience and they are Ajmer, Jaipur, Jodhpur, Bikaner, Bharatpur, Udaipur and Kota. Kota division, which is geographically located in southern part of Rajasthan, consists of four districts, Kota, Bundi, Jhalwar and Baran. This region has a total 2493 Sq. K.M area and this region is commonly called Hadauti region. Even though Sawai Madhopur and Karauli districts were included in this division, they were made part of the newly constructed division, when Bharatpur division was constructed on June 2005.

All these local, state and Indian Governments together manage the ruling and administration of Kota properly along with the help of employees at various government departments and offices.

Comments / Discussion Board - Administration in Kota